TKO: Cultural Appropriation And How To Recognize It

Many of the people who played "Indians" in Hollywood westerns were of Italian descent.  Orson Welles made a filmed version of "Othello" that featured Welles in blackface.

Cultural appropriation still happens.  And it can be confusing to both the perpetrators and the people whose culture is appropriated.

Surabhi Mahajan, from an immigrant family of color, hosts an Oregon Humanities Conversation Project on cultural appropriation, with sessions across the state.  Our segment "The Keenest Observers" returns with host Robert Goodwin, who interviews Mahajan about people and process... and corrective measures. 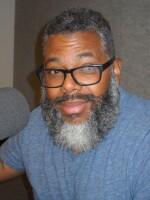 Robert Goodwin
Robert Goodwin is a substitute host on The Jefferson Exchange and the host of the monthly segment The Keenest Observers. In the segment, Rob leads an exploration of issues affecting people from minority communities, and how all of us think and talk about race.
See stories by Robert Goodwin