Dr. Jim Shames has been a frequent guest of The Exchange, since he's Jackson County's chief medical officer.  But we did not realize what a backstory he has!

Jim first arrived in Southern Oregon to deal with an outbreak of hepatitis at a commune in Takilma, in the Illinois Valley.  He liked the place so much, he stayed and opened a clinic.

His tale is featured in this month's edition of Stories of Southern Oregon, collected by Maureen Flanagan Battistella.  Jim Shames and wife Heidi Parker come to the studio to roll out the story, with an interview assist from Maureen.

Geoffrey Riley
Geoffrey Riley is a graduate of the University of Missouri School of Journalism and has hosted the Jefferson Exchange on JPR since 2009. He's been a broadcaster in the Rogue Valley for more than 35 years, working in both television and radio.
See stories by Geoffrey Riley

John Baxter
John Baxter's history at JPR reaches back three decades.  John was the JPR program director who was the architect of "the split" when JPR grew from a single program stream to three separate streams. We coaxed him out of retirement and he's now a co-producer of the Jefferson Exchange.
See stories by John Baxter 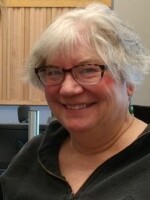 Maureen Flanagan Battistella
Maureen is on the Sociology/Anthropology faculty at Southern Oregon University. Her research interests are the Southern Oregon wine industry, heritage agriculture, and the “culture of kitchens.” She has a Rutgers University master’s in library and information science, which prepared her for a career in technology services, medical education and a lifetime of learning, thinking, and writing. She lives in Ashland.
See stories by Maureen Flanagan Battistella