Kaiser Health News reporter Anna Maria Barry-Jester recently wrote about people who are benefitting from the program. In her conversation with JPR’s Erik Neumann, she explains why she focused on rural Del Norte County in northwest California.

Anna Maria Barry-Jester: There's a lot written about the West Coast and the problems with homelessness, and a lot of that focuses on the big cities, understandably. The numbers are huge. The scale is huge. It can be easy to sort of feel like nothing works. Especially when you have a program like this and it's providing housing for a few dozen people at a time, it really can capsize very quickly. But what I've found is that this new housing was really meaningful in rural areas, and those rural areas are struggling with housing just as much as the big cities are. They don't have housing for their middle-class residents. They don't have housing for all kinds of people, and people with precarious finances were particularly having a really hard time finding and keeping housing. The flip side of that is that where they've been able to use Project Homekey, it has made a meaningful impact on the number of homeless residents that they have in the counties.

Erik Neumann: Your story follows a few different people who stay at the Legacy Motel, which is on Highway 101 in Crescent City. One of them is named Diane Timothio. How has this program changed things for Diane?

AMBJ: Diane is a single woman in her 70s. She ended up at the Legacy because she'd been living in an apartment building where they had a fire and they had to move everybody out into a motel. And she has a lot of very challenging behavioral health issues, so the motel didn't want her to stay there anymore. And the county got involved. They ended up moving her to what was then another motel in the city; it was this motel called the Coastal Inn and Suites that had been used by the county for a long time to help people who were at risk of becoming homeless. They brought her there and she has been there ever since because this conversion to Project Homekey happened in that time.

It's really incredible to see the change that's happened for her. The county has been able to reliably work with her and provide a range of services. She's gotten health care, she's gotten some medication that's helping to stabilize her emotionally and behaviorally. She's really come a long way in being able to live independently and in a stable, healthy way. Her caseworker said that it's clear that Diane feels much safer now than when she first arrived. I think that feeling safe is sort of hard to measure, but it has made an enormous difference in her quality of life.

EN: Was there anything else that was surprising that stood out to you about homelessness in a rural area versus a big city?

AMBJ: I think it looks really different than it does in some of their parts of the state. In California, we're used to seeing pictures of the Tenderloin in San Francisco or downtown LA, but the challenges are the same. The county officials said it's really been a crisis for them for several years now, and the numbers may look smaller, and they make kind of pale in comparison to a county like LA of 10 million, but it is no smaller an issue for them. But it was interesting to see that when you do have the smaller scale, you can look at these programs and they could celebrate the housing that they were able to get and provide to people. Whereas, a lot of the reporting in other places sort of shows how it doesn't meet its goals, it doesn't make a dent, if you will. That's kind of the narrative that often comes out. But in this case, it was really interesting to see that they could kind of measure the impact of the number of people that they were able to provide housing to.

EN: What did your reporting tell you about how this program is working, now that we're a year-and-a-half in, at least in the case of Del Norte County?

AMBJ: One is that counties that already had some idea of a program underway for how to create or turn old buildings into long-term supportive housing were much better equipped to deal with this funding stream.

I think the other thing that's really interesting is this idea that in many cases, there are people that the counties are already working with extensively, whether it's on mental health, health care, government services – all these things – and they feel like they can't really do that job if somebody doesn't have a place to live. So, this is sort of an immeasurable way that they think they can really provide much better services to the people they're already working with.

This interview was edited for length and clarity.

Erik Neumann
Erik Neumann is the interim news director at Jefferson Public Radio. He earned a master's degree from the UC Berkeley Graduate School of Journalism and joined JPR as a reporter in 2019 after working at NPR member station KUER in Salt Lake City.
See stories by Erik Neumann 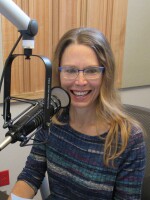 Vanessa Finney
Vanessa Finney hosts Morning Edition and weekend classical music on JPR; she also sings in a jazz duet and produces "The Work of Art" for Southern Oregon PBS. She graduated from UCLA and worked in print and broadcast journalism for many years while living in California.
See stories by Vanessa Finney
Related Content