Ashland, Ore., Train Station Gets Around

Railroad stations generally remain in one place, but the original Ashland depot, built in 1884 when the Oregon and California Railroad reached Ashland from Portland, had an unusually mobile existence.

Completion of the Ashland to California link in 1887 led to the construction of a much larger Ashland Railroad Hotel and passenger station.

The old building was moved to a new site in the Ashland rail yard, where it became the freight depot until the 1960’s.  A railroad employee had it loaded on a flatbed railcar and moved a few miles from the rail yard to Tolman Creek Road, where it eventually became a residence for his family.  In the 1970’s a barn-like structure built around the depot hid it from property tax assessors.

The fate of the depot remained a mystery until the owners of the property who were the descendants of the railroad employee who moved the building sold it and revealed the hidden depot inside.

In 2015, the much-travelled station came to the end of the line as it was sold and demolished due to its dilapidated condition.

As It WasAshlandOre.Train Station
Stay Connected 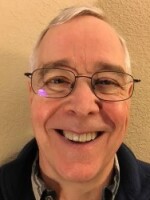 Charles Ter Bush
Charles Ter Bush is a retired legal publishing executive and a recovering attorney.  A member of the Southern Oregon Historical Society, he enjoys learning and writing about the area.
See stories by Charles Ter Bush