The Medford City Council voted to join other Oregon cities in a lawsuit against the state last week. The suit challenges state climate regulations.

Oregon’s Climate Friendly and Equitable Communities (CFEC) rulemaking, adopted earlier this summer, was designed to encourage affordable, climate-friendly development in the state’s most populated areas. But more than ten cities, including Springfield, Keizer, Happy Valley and now Medford, have joined a lawsuit challenging those rules.

According to Medford City Attorney Eric Mitton, Medford supports efforts to combat climate change. But, he says, the state’s rules are counterproductive and burdensome.

Mitton says one concern is that the new rules will introduce red tape for developers planning to build homes in bigger cities. He argues the rules could push development to bedroom communities in small towns around Medford, and lead to longer commutes for residents to where they work.

Kevin Young, a Senior Urban Planner who helped design the state plan, says the rules encourage dense development in city centers, and he doesn’t think the rules will put a significant burden on developers.

“The process by which cities plan for their residential needs will continue to allow for low-density residential development, middle housing and the full range of housing we typically see now,” Young said.

Young added that any emission increases inadvertently caused by these state’s rules will be monitored closely, and they will be changed accordingly.

Medford will continue to implement CFEC rules as written until the lawsuit is filed and a court makes a final decision about the suit. 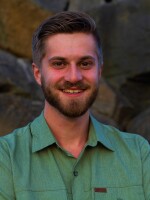