As It Was: Hanley Arboretum Takes Name from Garden Club Activist

After Claire Hanley’s death in June 1963, the Siskiyou District voted to name the arboretum in her honor for her contributions to regional and statewide garden clubs.

Claire Hanley had served many posts, including president of the Jacksonville Garden Club and the Oregon Federation of Garden Clubs.  She was chairman of a scholarship fund that continues to bear her name today.

The Experiment Station is known today as the Southern Oregon Research and Extension Center, located at 569 Hanley Road in Medford.  Jackson County purchased the property in 1957, a portion of the Hanley family farm.

The Claire Hanley Arboretum has been enhanced with specimen trees, shrubs, flowerbeds, paths and landscaping.  Many of the original trees are massive today, some of them still bearing their original tin markers.

As It WasHanley Arboretum
Stay Connected 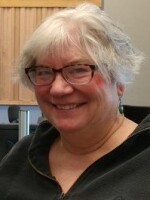 Maureen Flanagan Battistella
Maureen is on the Sociology/Anthropology faculty at Southern Oregon University.  Her research interests are the Southern Oregon wine industry, heritage agriculture, and the “culture of kitchens.”  She has a Rutgers University master’s in library and information science, which prepared her for a career in technology services, medical education and a lifetime of learning, thinking, and writing. She lives in Ashland.
See stories by Maureen Flanagan Battistella