As It Was: Spirituous Drink Leads to Tragic Death between Friends

Two good friends who shared a house in Jacksonville, Ore., William Casterline and Samuel Mooney, had an alcohol-fueled argument on Dec. 3, 1859, that ended tragically while drinking with two other men. When the argument heated up, Mooney stormed angrily out of the cabin. Equally inflamed, Casterline grabbed his rifle and fired out the open door. The bullet hit Mooney between the eyes and he fell dead on the ground outside. Casterline was known as a good shot when he was a mounted volunteer in Captain O’Neal’s Company E in the Indian Wars of 1856.

A Jackson County grand jury indicted Casterline on a charge of first-degree murder. A trial was held on March 28, 1860, and he was sentenced to die. Jacksonville citizens petitioned Oregon Gov. John Whiteaker (cq) to commute the sentence, but he refused.

On May 11, 1860, Sheriff Legrand J. C. Duncan marched Casterline to the waiting gallows. After Casterline confessed to a life of sin and abuse of spirituous drink, the sheriff put the rope around Casterline’s neck and pulled the pin out of the trap door.

As It Wasas it was
Stay Connected 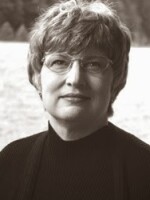