JPR Classics
Featured Works
Each weekday on JPR's Classics & News Service, we shine the spotlight on a pair of pieces we've chosen as "Featured Works." Tune in at 9am during First Concert and 2pm during Siskiyou Music to hear a bit of background on the pieces and composers, as well as commentary on important dates in classical music history. 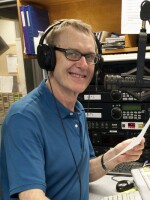