Mary Jo Heath, who has worked as producer and guest host for the Met over the past nine seasons, will become the fourth full-time radio host in the company’s history this September.

Heath is currently the Senior Radio Producer at the Met.  She was also the anchor for the majority of last season’s broadcasts when Margaret Juntwait’s illness made her unable to host. 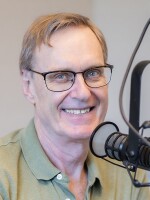