A Dreaded Part Of Teachers' Jobs: Restraining And Secluding Students

Earlier this year, an NPR investigation with WAMU and Oregon Public Broadcasting found deep problems in how school districts report restraint and seclusion. Following that investigation, NPR reached out to educators about their experiences with these practices.

Brent McGinn spent a year early in his career working with students who could sometimes hurt themselves.

The special education teacher recalls a student who would sometimes hit his head on the tile floor, full force. When that happened, McGinn faced a tough decision. "If I put a pad between that kid and the tile, it's going to soften it, but it's not going to stop him from full-force hitting his head into something," he says. "Whereas restraint would."

Restraint and seclusion in schools can mean anything from holding or using restraints on a student to isolating them in a separate room or space. According to federal guidance, these methods are meant to be a last resort, when students are believed to be a danger to themselves or others. These practices are most often used on students with disabilities or special needs.

In situations where students or staff are in danger, McGinn says, "restraints and seclusion can be a useful tool to keep people safe."

But that can leave educators in a tough spot. Many told NPR that using restraint and seclusion is one of the worst parts of their job; they say these methods can be mentally and physically painful for both them and their students.

"I would lock myself in the bathroom at work and cry, and I know that I wasn't the only one," says D, who spent a year working as a teaching assistant at a private school for students with autism. (D uses they/them pronouns. We aren't using their full name, or identifying where they worked, because they fear retaliation from their former employer.)

But McGinn, who currently works in Phoenix, says if teachers don't have the option to use restraint and seclusion, "you're backing them into a corner."

Parents with children who have been secluded or restrained have said the experience was traumatic. But that isn't always the case — one Oregon elementary schooler said he once had an aide whose restraint techniques helped him calm down.

Still, a 2009 report by the U.S. Government Accountability Office, a federal watchdog, found hundreds of cases of alleged abuse and even death when restraint and seclusion were used on school children.

I would lock myself in the bathroom at work and cry, and I know that I wasn't the only one.

The definitions vary in different states and school districts, as do the rules around how educators can use these methods. In Massachusetts, for example, prone restraint — holding a student face-down on the ground — is only allowed in very specific situations. Other states ban the practice altogether. Arkansas puts limits on the size of seclusion rooms, while Oklahoma advises, but does not require, that students be permitted bathroom breaks and water during seclusion.

Some states also rely on a student's past behavior to determine the practices they use. Records like individualized education programs (IEPs) and behavior intervention plans (BIPs) sometimes spell out if and when restraint or seclusion may be used on a particular child.

D says they avoided restraining students as much as possible, though other educators in their school did regularly use restraint.

There's a tension within me of knowing that if I am to restrain a student, then I'm essentially putting forth a situation that's going to create trauma for that student.

"Even though I received the training for [restraint], I just never felt fully comfortable or prepared to do that," they tell NPR. They say restraint crossed a physical boundary that they weren't comfortable with. "It just seems strange to be so imposing on somebody else's body."

Ben Travis, a social and emotional learning specialist in Fort Worth, Texas, says, "There's a tension within me of knowing that if I am to restrain a student, then I'm essentially putting forth a situation that's going to create trauma for that student." He says the decision to restrain students is not always as clear-cut as some training or school officials make it out to be.

Travis says he also doesn't believe in leaving students in isolation for extended periods of time — he says he doesn't see it as an effective tool and he doesn't want to create, or recreate, trauma for them.

"I haven't seen that create good results," he says, either in student behavior or their relationships with educators.

"Most students don't respond well to ... getting grabbed," says A, who works as a teaching assistant at a private school. (We aren't using his full name, or identifying where he works, because he fears retaliation from his employer.) A works with young adults on the autism spectrum who are mostly nonverbal, and says he tries to avoid secluding his students.

It takes a toll

I've been punched in the face more times than I could remember. I've been hit in the head with chairs.

Educators tell NPR that restraint and seclusion can take a physical and emotional toll on them.

"I've been punched in the face more times than I could remember. I've been hit in the head with chairs."

Many educators say their restraint and seclusion training — which is often provided by schools — focuses on de-escalation, in order to avoid situations where someone could get hurt.

David Roy, a dean at a public charter school in Ohio, says it's important to remember that student behavior is a form of communication: "You should do everything you can to try to de-escalate the situation before you escalate it by having to put someone in a restrictive hold, or seclude them in a different part of the building."

Roy says his school only allows a small number of certified staff, including administrators, to seclude or restrain students. And in his opinion, it's safer and more productive that way.

"We want teachers to focus on the instruction side of things. And we don't want to have a large number of people who can run the risk of doing it wrong," Roy says. "It can be really upsetting if you have to put a child into the hold."

K taught English as a second language at an elementary school in the Midwest last year. (We aren't using her full name, or identifying where she works, because she fears retaliation from her school district.) She says she wishes more staff in her school had been trained so they knew how to de-escalate situations, and when, exactly, restraint or seclusion was really warranted.

K says sometimes administrators and other teachers would call her in to use these methods not as a last resort, but as a way to gain control of chaotic situations.

"A lot of times, it was used ... as a management tool," K says, when teachers were "overwhelmed in the moment." She says she wasn't always comfortable using restraint or seclusion in situations when they could have been avoided.

Many educators are also responsible for documenting incidents of restraint and seclusion, and they say that recordkeeping isn't always straightforward.

Most of the teachers who spoke to NPR say they tried to note every instance of seclusion and restraint through official school channels. They say the documentation protected them from possible lawsuits or other misunderstandings, and it helped them keep track of student behavior so they could learn what did and didn't work.

In Texas, a statute allows parents to ask that their child's special education classroom include video equipment, making some of that documentation automatic. "That, at least, gives another set of eyes that can be present," says Ben Travis, in Forth Worth. "And that's, in my opinion, positive."

But sometimes, documentation falls through the cracks.

In most states, schools are required to tell parents when a child is restrained or secluded, but that doesn't always happen. Parents in one Washington state school district said school officials rarely notified them when their children had been restrained.

A, the private school teaching assistant, says he is "in crisis" — restraining or secluding students — for hoursevery day. And while major incidents involving many adults are documented, sometimes routine restraints — involving one or two adults holding a student — aren't noted.

Even when there areenough staff and resources available, whether or not to report incidents isn't always an easy call.

K, who taught English as a second language, says her school only required that she report a seclusion when a student was left alone in a room with the door held shut by an adult. (Many states have similar policies.) She didn't have to report the times when students were left alone and the door wasn't held shut. K says she would write down these instances for her own records.

Similarly, A says he and his colleagues don't often document seclusions unless the door to the room is closed. He says that enables the school to report lower numbers of seclusions than they otherwise would.

Reporting troubles don't just happen on the local level. A recent analysis from the U.S. Government Accountability Office found that several districts underreport cases of restraint and seclusion to the U.S. Department of Education.

Federal officials now say there is no way of knowing how often these methods are used in schools.

It's also hard to know the price teachers pay.

And he says that isn't good for students either.

"If your mental health isn't OK, how can you be of maximum service with students that really need your help?" 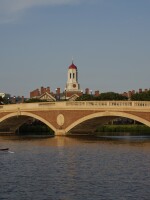 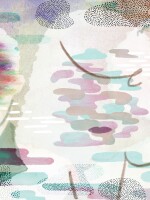 Jenny Abamu
Your support is vital to JPR's ability to cover regional issues, and bring you fact-based news.
Contribute Now