'Everything Is Ash': Grim Ritual As Search Teams Comb Through Paradise, Calif.

You know, I don't know if anything could've prepared me for what I saw yesterday about 15 miles from here in the town of Paradise. Much of the community was incinerated by the Camp Fire here in Northern California, which is now the deadliest wildfire in state history. There are 56 people confirmed dead, but more than a hundred are still unaccounted for.

We spent the day in Paradise. And I just want to warn you, what you're about to hear could disturb you.

GREENE: We were driving around a bit with a young couple, James and Lisa Gaebe. They let us in their pickup truck. There were power lines strewn across the roads. There were trees that had tumbled into the ash. They got out, and they were looking at what used to be their home.

JAMES GAEBE: Clara Lane - nothing left. Basically just a bunch of rubble and metal everywhere. Cars wasted. I mean, personal belongings completely gone. I basically got out with the clothes on my back and my pickup. That's all I have.

J. GAEBE: We knew it was coming. I mean, everybody's been saying, you know, for years, when this town goes up, it's going up. And it went up.

GREENE: James and Lisa had just gotten married about two months ago, and Lisa was ready to give up her place in Sacramento and move in full-time with James. She loved the quiet, small-town sense of community here in Paradise.

LISA GAEBE: You know, I had my normal route, like route, that I would come and come up the street. And I always knew, you know, who was out and, you know, what the...

GREENE: What was that?

J. GAEBE: Sounds like a tree went down. It looks like the route we just came from.

J. GAEBE: It was right over there, yeah.

GREENE: This town still isn't safe enough for even residents to return. And the only reason this couple was here is because James works for the city.

L. GAEBE: I'm just glad that, you know, everybody that is in our family was able to get out in time. You know, I realize not everybody had that chance.

GREENE: There's a grim ritual each day here now. Search and rescue teams gather in the parking lot of the Tall Pines bowling alley, which is somehow still standing. There are California Army National Guard, there are police officers from around the state, volunteers, cadaver dog units, anthropologists who specialize in human remains.

They were about to go house-to-house yesterday. Many of them were already suited up in white hazmat gear and face masks. They were told that once they got to houses, they should look near certain objects that may have survived, like bed springs.

TY CONNERS: Springs, bathtubs are kind of primary areas you want to look. They're looking for identifiable bones. We're not looking for the little stuff. So we're doing this sweep.

GREENE: We were standing right near a search team who came to volunteer from Sonoma County. Mark Aldridge is the deputy sheriff there, and he's seen this before. It was just last year that a fire in his county killed at least 22 people. The job here in Paradise right now, he said, is to look for signs of people who didn't survive, and also look for anything that could be dangerous for crews who come in later.

Right now, we're just looking for obvious stuff, whether it be guns or a gun safe or, you know, that we can tell them, hey, come back and get these guns. If we find somebody deceased, we call the Butte County sheriffs, and they're going to come over and handle it. As it gets more refined, we go in with sifter boxes and look for bone fragments.

UNIDENTIFIED PERSON #2: All right. Anything else for anybody? This is the order. All right, guys. Go forth with your teams.

GREENE: We follow Team Sonoma and some other teams into these eerily quiet neighborhoods.

GREENE: I mean, it's just unimaginable to even think about. They're wandering over the rubble of what is someone's home. And it's just ash. Everything is ash. I mean, there are just pieces of metal, but it's mostly just a pile of debris, and they're going through with sticks and just having no idea if there are human remains, like, mixed in with everything else. It's just all terrible to watch.

The weird thing about fire is what it chooses, inexplicably, to leave untouched. I mean, five, six, seven houses in a row burned to the ground, and then one still standing there perfectly. A scorched front yard, but the flagpole is fine, and so are the American flag and the Boston Red Sox flag.

Fire also spared David and Beverly Lagos. We were talking to them back at the bowling alley. In Sonoma County last year, the fire came within 3 miles of their home. Now, this couple, married more than 40 years, have come together to Paradise to volunteer. We were talking to them through their face masks. David spent years doing search and rescue for the U.S. Coast Guard.

DAVID LAGOS: Well, unfortunately, I've had this experience before where I've seen deceased people. And, you know, you just have to take it as it is and acknowledge that somebody's passed away, be as respectful as much as possible and move on.

GREENE: So this is your wife right here - 41 years.

GREENE: What goes through your mind as you're doing something so awful? Like, you're in a house, I mean, not knowing what you'll find, knowing that there are people looking for their missing loved ones.

BEVERLY LAGOS: The main thing is if we can give resolution to the families, you know, because there are people who are worried. Where is their grandmother, their sister, their - I don't think I'm going to be very traumatized if we find remains.

The main thing is that I'm going to have a little peace of mind knowing that I've given peace of mind to the family member. You know, they don't have to wonder for the rest of their lives, what happened to them? Where were they? Did they get out? I think that's the best thing that we can all do. And that's why we're here.

GREENE: But people are still desperate for a different outcome. At a Red Cross shelter down the hill here in the city of Chico, there's this bulletin board. On sheets of paper, people have written the names of their loved ones who are still missing.

David Greene
David Greene is an award-winning journalist and New York Times best-selling author. He is a host of NPR's Morning Edition, the most listened-to radio news program in the United States, and also of NPR's popular morning news podcast, Up First. 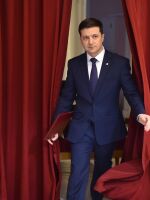 Danny Hajek
Your support is vital to JPR's ability to cover regional issues, and bring you fact-based news.
Contribute Now