Greg Walden Weighs in On Impeachment

Oregon’s only Republican member of Congress, Greg Walden, says the impeachment process hasn’t begun the way it should.

The 2 nd District’s Representative says it’s problematic that there has been no formal resolution in the house. Walden says so far he doesn’t think President Trump’s actions rise to the level of high crimes and misdemeanors as required by the constitution.

“If they’re going to go down this path they need to do it by the book. Because these are really serious things.” Walden says, “If you’re going to overturn the will of the American people and unseat a president of the United States you better have really good reasons and they better measure up to that.”

Walden says he supports the release of information on Trump’s call to the Ukrainian president.

“If they are moving into a former impeachment process then while I would not sit as a juror that would be the senate, you’re kind of like a grand juror.” Walden says, “And so I don’t want to speculate on this that or the other thing, hypotheticals out there.  I’m fine getting the facts. That’s what we need. And then see what they bring as a charge if there is any charge.”

Walden says the impeachment proceedings might hold up any legislation in Congress and deepen the partisan divide. His Oregon Democratic colleagues have all joined the call for an impeachment inquiry.

Greg Walden Weighs in On Impeachment 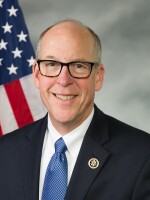