The alert comes in on your cell phone: “Earthquake! Earthquake! Moderate shaking expected in 31 seconds.”

That could be just enough warning to let you take action that could save your life, say scientists building an earthquake emergency warning system on the West Coast.

Sen. Patty Murray and Rep. Derek Kilmer toured the Pacific Northwest Seismic Network at the University of Washington on Monday in a push for expanded funding for the system.

The university is one of several institutions on the West Coast that operate a network of seismometers that, in the event of an earthquake, could provide advance notice before the strongest shaking hits.

People can’t feel a quake’s initial waves, but those are captured by sensors all over the Northwest.

When the first waves arrive, the network would send messages to individuals, governments and businesses, alerting them of the location and intensity of the quake and an estimate of when the shaking is expected to commence.

That could give people seconds or in some cases minutes to prepare.

"An earthquake’s coming, you look and you say, OK, it’s going to be strong, so you can look for a place to protect your head and get under cover and ride out that earthquake safely,” said Bill Steele of the Pacific Northwest Seismic Network.

The warning system could also trigger a series of automated responses.

For example, the doors of firehouses could automatically open. The reactor cores of nuclear power plants could be shut down. Trains could be stopped in their tracks.

According to Steele, that system is already in place in Japan, and it was tested during the  megaquake of 2011.

"It did stop 34 bullet trains, and all those trains were evacuated safely, no trains derailed," he said. "People got a jump on evacuation of the elementary schools and others in the tsunami floodplain and hundreds maybe thousands of people were saved because they got that little extra head start."

Japan has invested billions of dollars in its early warning system.

In the U.S., researchers have been offering software to government emergency managers but say the system isn’t ready for widespread use.

Last month, scientists on the West Coast announced they had received $5 million in federal money to upgrade and expand the network and to continue developing a warning system. Three dozen companies and government entities, including Boeing, Microsoft, Sound Transit and the Port of Seattle, are testing the system.

They were asking for $16.1 million per year over the next two to three years to make the system fully operational.

But Murray and Kilmer warned that future money could be caught up in partisan bickering over next year’s budget. A two-year budget deal expires on Oct. 1. Without a new agreement, automatic spending cuts or even another partial government shutdown could result.

“We need an updated and operational early warning system to serve as eyes and ears and give people more time," Kilmer said. "We can’t let politics get in the way of progress.” 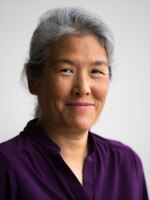