The Legislature has given Oregon school districts the right to withhold funds from the Educational Service Districts that serve them.  ESDs provide special education, technological and instructional support to K-12 districts on a regional basis. Eugene 4j School District will withdraw from Lane ESD in July 2014. Beaverton and Hillsboro are also withdrawing in large part from theirs .

Dr. Dennis Friedrich, in his fourth and final year as Superintendent of the Fern Ridge School District in Veneta, offers the mid-sized district's perspective.  How does he feel about Eugene 4J's decision to retain $5 million that would otherwise go to the Lane ESD.?

Offenbacher:  "To your knowledge, is there any superintendent other than Dr. Berman, the superintendent of the 4J District, who's made the decision that the money is not in fact a pool of money available to the entire county."

Friedrich:  "No, they're the only ones.  Eugene 4J made a decision they didn't want to contribute the funds, they wanted to be out of that…"

Offenbacher:  "Because they decided they can provide the services more cheaply in house."

Frederich:  "Exactly. But again, the whole idea about this is not what's good for my district;  it's what's good for all of the students of Lane County.  The ESD was sort of the equalizer.  Should ESDs get more entrepreneurial? Yes.  But I think we should sit together and talk about how that should happen, not simply say 'I'm going to take my ball and go home, don't care.'"

Friedrich: "Because we don’t have enough to support staff and all that.  This is costing us well over 200,000.  We don't know yet how much it's going to cost us for a slot at the ESD now.  The remaining superintendents are trying to determine what should services look like with the withdrawal of Eugene from that consortium."

Friedrich is concerned the option for school districts to withdraw might lead to elimination of ESDs:

Friedrich:  "There is that concern among ESDs that that could happen."

Dr. Dennis Friedrich, superintendent of the Fern Ridge School District, on the impact of Eugene 4J's withdrawal from the Lane Education Service District.

John Rexford offers a broader point of view.  He's superintendent of the High Desert ESD., serving Deschutes and Crook County's four districts.  Rexford says he and his constituent K-12 superintendents have discussed the legislature's action to permit districts to withdraw from their ESD, but…

Rexford:   "…we've not received notice, nor do I anticipate receiving notice, from any of them, that they're pulling out.  The services we provide are pretty equitable, whether you're Bend-La Pine at 16 thousand or Sisters at 1200."

Susan Waddell, superintendent for eight years of the Linn Benton Lincoln ESD , also does not support having districts pull out:

Wadell:  "I think it defeats the concept of regional services.  The resources that go the ESD are to provide equity for schools, whether they're small or large, equity in service, not equity in dollars.  By allowing districts to opt out, they're unraveling the regional system that the state so desperately needs for all its districts."

The months ahead will reveal whether more districts will withdraw from their ESDs, and what the impact of that will have on students in other K-12 districts and the ESD themselves. 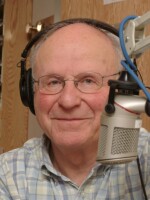 Claude Offenbacher
Claude Offenbacher was a reporter and host at KLCC from 1999-2012. He currently volunteers as front desk support and PSA writer.
Your support is vital to JPR's ability to cover regional issues, and bring you fact-based news.
Contribute Now