Wildfire victims would not have to pay taxes on the cost of rebuilding their homes under a bill approved Friday in the Oregon House.
More than five dozen school districts in Oregon impose taxes on the construction of new houses. This can add thousands to the cost of building a home. Supporters of House Bill 2607 said it adds insult to injury to charge these taxes to people who are rebuilding only because they lost their house in a natural disaster.

Rep. Jami Cate, R-Lebanon, represents a Willamette Valley district where hundreds of homes were destroyed by wildfires last fall. “Without taking steps like this to reduce the cost of building, too many families would simply be priced out of once again going home,” she said.

Cate also noted that the price of lumber is rising, further adding to the cost of rebuilding.

Rep. David Gomberg, D-Otis, said some school districts are voluntarily granting exemptions. But he said it’s not clear whether those exemptions are even legal.

“Legislative counsel has informed me that the tax must be applied uniformly and that means applied the same to everybody, regardless of the circumstances," he said. "And that leaves school districts that have made these waivers vulnerable, and it’s left homeowners facing the possibility of facing additional expenses.”
Gomberg, who co-sponsored the bill, represents the Lincoln City area, where hundreds of homes were leveled by the Echo Mountain Complex Fire last September.
The measure would apply to houses destroyed during any declared state of emergency, not just wildfires. It would be effectively retroactive to January 1, 2020.
It passed the House 49-0 and now heads to the Oregon Senate. 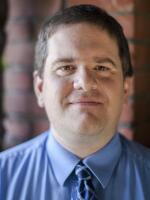 Chris M Lehman
Chris Lehman has been reporting on Oregon issues since 2006. He joined the KLCC news department in December, 2018. Chris was born and raised in Pennsylvania, and graduated from Temple University with a degree in journalism. His public broadcasting career includes stops in Louisiana and Illinois. Chris has filed for national programs including “Morning Edition” and “All Things Considered.”
See stories by Chris M Lehman