Songs We Love: Shamir, 'On The Regular'

Newly signed to XL Recordings, the smoking-hot label launching pad of acts like Adele, Vampire Weekend and Jai Paul, Shamir — dreadlocked, lanky, stylish and decidedly feminine — is quickly earning cred in what I've previously referred to as the post-closet black overground, populated by queer and queer-ish 21st century acts like Azealia Banks, Zebra Katz and Mykki Blanco. Shamir's real claim to fame is his high-pitched, almost pre-pubescent tenor. It's immediately distinctive and arresting, though it will only really unsettle or disturb if you've never heard singers like Jermaine Stewart, Sylvester or Antony Hegarty before.

Shamir's newest single, "On the Regular," marks the first time we're hearing him rhyme over a beat instead of croon. With its cowbell-prominent production and optimistic synth changes, "On the Regular" is the exuberant sound of a novice exploring the possibilities of alternative electronic dance music with no real rulebook or manual at his disposal. The self-obsessed lyrics — "this is me on the regular," goes the chorus — are no more than a random series of disconnected musings about things like "ratchet-ass goons" and Fisher Price toys; you might learn more about Shamir by batch-reading his Twitter feed or Tumblr. But the song's rhythm track soars — it's as vivacious, propulsive, minimalist and colorful as the accompanying video. "On the Regular" feels charmingly awkward and winningly amateurish, like some sort of surreal cross between "Candy Girl"-era New Edition, "Go On Girl"-era Roxanne Shante and "Galang"-era M.I.A., if you threw them all into a time machine and sent them into Williamsburg circa 2014. 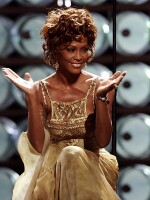 Jason King
Your support is vital to JPR's ability to cover regional issues, and bring you fact-based news.
Contribute Now