The painting is expected to sell for thousands of dollars. The unnamed seller, who found the painting at a donation center in Canada, paid $4.09.

A painting by the legendary rock star David Bowie is up for auction, and it could sell for tens of thousands more than the purchase price.

An unnamed seller picked it up at a donation center in Canada for $4.09. It wasn't until later that they noticed the signature of Ziggy Stardust himself on the back, signed in 1997.

As of Wednesday, the highest bid for DHead XLVI was around $18,000, with another week to go on the market.

The painting, a vibrant blue and red acrylic artwork, is part of a series of 47 pieces of art that Bowie created between 1995 and 1997. He titled the series Dead Heads (DHeads), and each piece included a nonsequential Roman numeral, according to the Canadian auction house Cowley Abbott.

This isn't the first time Bowie's work has been found in odd places. The earliest known recording of his singing, from 1963, was found in a breadbasket of a former bandmate from one of his earliest projects, a band called the Konrads.

Bowie, who influenced generations of musicians and fans, died in 2016. 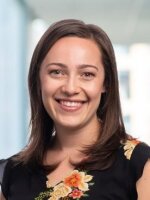 Arielle Retting
Arielle Retting is a growth editor for digital content at NPR. In her current role, she helps the newsroom develop digital skills so NPR can expand our storytelling to meet our audiences where they are.