Join us Thursday at 2PM for a JPR Live Session with the Texas singer/songwriter Charley Crockett.

Thursday Sept 29 at 2, join us for a JPR Live Session with the Texas singer/songwriter Charley Crockett, on Open Air.

Authenticity is an important element in Americana. From hitchhiking and hopping trains to get around the country – busking in New York, New Orleans and Austin – to battling personal demons, health concerns and trouble with the law -- Charley Crockett has earned that distinction. He’s even related to early American hero Davy Crockett.

In 2015, He released his first album, A Stolen Jewel, which won the Dallas Observer’s Best Blues Act Award. He befriended fellow Texan Leon Bridges who helped with his 2016 release In the Night. He has since released several albums of blues based honky-tonk, soul, and western music, as well as tributes to past masters like Ten For Him – Charley Crockett Sings James Hand,  and his Li’l G presents series covering old blues and western classics.

His new release is The Man From Waco.

He’ll be joining us Thursday afternoon to talk with Danielle Kelly about his career, his life and the new album and play some songs. Hear it live Thursday at 2 on your radio or at ijipr.org and find JPR Live Session podcasts at Spotify, Apple Podcasts and Stitcher.

Charley Crockett is performing Thursday night at the Historic Ashland Armory. Information is available at liveatthearmory.com. 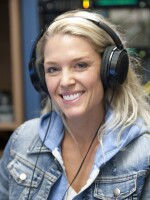