Will Liverman 'Dreams Of A New Day' For Black Composers

Will Liverman is a young baritone and a new, exciting voice in the opera world. He is also on something of a mission.

In school, the artist was rarely introduced to Black composers. It was a cumulative interest, patched together by YouTube clips and introductions from colleagues. Now, he wants to expose listeners to music that he feels doesn't get programmed enough in concert halls or receive enough airplay on classical radio stations.

Liverman's new album, Dreams of a New Day: Songs by Black Composers, is "a collection of just some of the pieces that I was really drawn to, and to highlight black composers who are significant," he says. "And, of course ... I'm a big believer and supporter of new works in the classical field." One of the pieces featured is Two Black Churches, which Liverman commissioned from composer Shawn Okpebholo.

Will Liverman spoke with NPR's Noel King about getting into opera at 13 years old, the pioneering composer and singer Henry Burleigh and the story behind Two Black Churches. Hear the radio version at the audio link, and read on for an edited transcript.

This interview has been edited for length and clarity.

Noel King: I want to ask you about something you wrote in the liner notes. You write, "Black composers wrote so much more than just spirituals." My immediate reaction was: "Well, of course that's the case!" But you thought that bears repeating. Why is that?

Will Liverman:There's so much great music that Black composers have written in the past, and I don't think it gets enough respect and enough of a platform. Growing up, at least in my experience, we honor and celebrate Black composers for their works and contributions to Negro spirituals in the classical field, but I don't really hear so much, you know, art songs or orchestral arrangements or pieces or choral works. There's just so much they've done.

This project has been on my mind for a while. I started singing opera at age 13, when I was in the Governor's School in high school. I didn't really hear so many works by Black composers. So this album was just very important to highlight that and to leave something behind for people to listen to and get to know these composers and research them. It's a true labor of love.

I want to ask you aboutTwo Black Churches. The words in this work are by Charleston's former poet laureate Marcus Amaker. What goes through your mind when you're singing that piece? Please, if you would, tell us: What is it about?

My dad grew up in Virginia and he would tell me stories of his time growing up in the South and growing up with "coloreds and whites" and having to be escorted to the back of the bus. That just sent me down this path of looking through Civil Rights things. And I ran across this poem called "Ballad of Birmingham," which talks about the Birmingham bombing from the perspective of one of the girls, who wants to go out and march and fight for justice and equality. But her mom keeps telling her, "No it's too dangerous. Go to church instead and sing in the choir where it's safe." And of course, in the end, it isn't safe. And I asked Shawn to set music to it. And he had the idea to, sort of, do a parallel of the Birmingham bombing to the Charleston shooting — to just show how much we still go through as Black people and still fighting for justice, still having to deal with white supremacy and the hatred.

And it struck me so hard because I grew up with a heavy church background. It's something that's just so personal to me because I think about my own church family and if something like that were to happen, or if I was a victim — just going out to church on a Tuesday night and you think you're safe. It's a place of peace and comfort. It's just so devastating.

Let me ask you about some of the older compositions onDreams of A New Day, by a composer named Henry Burleigh. Who was Henry Burleigh and how did he end up on this album?

The way that he set Negro Spirituals in a classical way gave Black classical singers a platform to have solo recitals and solo careers. He just did so much for the culture and so much for Black classical music. But he also wrote a lot of great songs, so I definitely had to have him on the album, his song cycle, Five Songs of Laurence Hope.

People were really drawn to his works. One particular composer: [Antonin] Dvorak. He's a very prominent composer. He's done a lot of great orchestral works. And Dvorak and Burleigh met in New York. Henry Burleigh introduced Dvorak to spirituals and Black music, which then influenced Dvorak's writing. So, it's just little things like that I want to bring to the forefront — that these Black composers really did a lot. It goes overlooked.

When I was a kid and my dad wanted to punish us, he would make us sit in the corner and listen to Dvorak. We weren't allowed to read or write. And so, I had no idea that he and Henry Burleigh were contemporaries. That's so interesting. I want to talk about another pairing that I found really fascinating. Another composer you feature on the album: Margaret Bonds. She was a contemporary of the poet Langston Hughes, and they actually worked together on a few pieces.

Yeah, they had a fantastic relationship. Margaret Bonds, being a female composer, one of the first to receive national recognition for her works. She did a lot with her drive and dedication to civil rights and making change. Having "Three Dream Portraits," written by Langston Hughes, was something that was just undeniable to have on this album. And it also kind of ties into Two Black Churches. The Margaret Bonds "Portraits" are about the Black experience in America. And it's still relevant to today.

You've made me very curious. Tell me about being a 13-year-old boy who sings opera. Were you considered a strange child?

Look, my parents were like, "Opera? What's going on?" I grew up with a big, heavy gospel background. I didn't know anything about opera. And I grew up with piano as well. It wasn't until I got to high school, I auditioned for this program — for piano originally. But I also sang in choir and stuff, so I did voice as well. And I got accepted into the voice program. And I didn't know what this program was at the time. I thought it was going to be, like, R&B ... where we learn mainstream songs. And I look on the list and the audition is, like, "Sing one Italian art song." Or, like, "the national anthem." And I'm, like, Italian?! I don't know Italian from French, from gibberish from — so, I sang the national anthem and I got in. And that was that. That was the start of my classical journey. People always wonder — what kind of like X-Men art school did you go to?!

How would you feel about white singers performing the music of Black composers? Are we at that point yet?

I think so. Maybe not the spirituals because of the significance and the history behind that, but definitely Black art song. I think this is what makes it normal, right? This is how we make it something that's not, like, "Oh, let's make a concert featuring Black composers!" No, let's put these Black composers in concerts at Carnegie [Hall] and let's make it something that people are used to seeing, just as they're used to seeing Schubert and Mozart. Let's see Burleigh. Let's see Margaret Bonds. And so I think these works that these Black composers have done, it is music that everyone should be singing.

Noel King
Noel King is a host of Morning Edition and Up First. 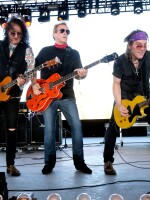