About 30 gray whales have washed up dead along the west coast this year.  Scientists say they expect some migrating whale deaths, but the high number is concerning.

Every spring, gray whales migrate up the West Coast from Baja to the Bering Sea, north of Alaska, in search of food. They then make the return journey in the fall after feeding on krill and small schooling fish.

Dr. Padraig Duignan is with the Marine Mammal Center in Sausalito, and part of a large collaboration of scientists tracking and studying the whales. He’s examined some of the dead whales found in the Bay Area.

"We’re kind of seeing what we always see, which is some ship strikes, some entanglements from this population, but what’s unusual this year are the malnourished animals," he said.

Duignan says normally some whales die as they make the roughly 12,000 mile round trip. But the number and the poor condition of the dead whales is troubling. He says the malnourishment that scientists are seeing now is likely caused by the whales not getting enough food last year while they were up north.

"They didn’t get enough nutrition then, and they left with basically a half empty tank to get back to Mexico and come all the way back again," he said.

Duignan says scientists are still looking into what has changed in the northern waters. He says it could be climate-change related or it could be part of a cycle.

A similar event happened between 1999 and 2000 when 25 whales died during the migration. Many of them were also malnourished. 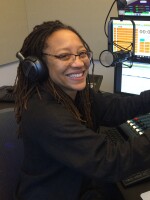 Angela Decker
Angela Decker hosts Morning Edition on JPR. She has a long history as a print journalist and is a part-time poet. She's the mother of two hungry teens and too many pets.
See stories by Angela Decker