Oregon’s Third Senate District encompasses roughly the southern half of Jackson County, from Medford to the California line. It’s also a district that could determine whether the state’s Democratic legislators get the super-majority that would enable them to pass spending measures without Republican votes. The two candidates for the seat met in a town hall-style forum Thursday night sponsored by Southern Oregon University and Jefferson Public Radio.

'This Is A War Zone': Hurricane Michael Leaves Deadly Trail Through Southeast

Jade Bird is fast becoming one of the most exciting new British voices. With her debut EP and 2018's follow-up breakthrough single 'Lottery', Jade has won the hearts of people across the globe. She has already preformed on 'Later with Jools Holland', 'The Late Show with Stephen Colbert' and 'The Tonight Show Starring Jimmy Fallon' and at SXSW she won the Grulke Prize for upcoming talent which follows her win of the ANCHOR Award at the Reeperbahn Festival in 2017. Since her last visit at JPR, Jade Bird was selected as one of NPR's 2018 Slingshot Artists - musicians destined for greatness and wider acclaim.

The Storm That Blew Oregon Away

Weather forecasting was not very sophisticated in 1962, and Western Oregon paid a price for that lack. The Columbus Day storm blew onshore with winds in excess of 100 miles an hour, toppling buildings and trees and more. Dozens of people died in the storm, described in John Dodge's new book A Deadly Wind . The book is from Oregon State University Press; OSU itself sustained heavy damage in the storm.

This summer, an orca known as J-35 made national headlines while carrying the body of her dead calf for 17 days in the waters of the Salish Sea. Her loss gripped the nation and was also a huge blow for the Southern Resident killer whale population . That’s because over the past 30 years the population of these Pacific Northwest orcas has declined 25 percent.

Less Snow Could Be Coming To California’s Sierra Nevada Mountains

If temperatures increase in California because of climate change, snow could melt earlier in the Sierra Nevada — and you might only find it at higher elevations.

Cannon Beach Has A Rabbit Problem

Acclaimed as one of America's outstanding ensembles, the Manhattan based Cassatt String Quartet has performed throughout North America, Europe, and the Far East, with appearances in London for the Sapphire Jubilee Celebration of Queen Elizabeth II, the Beijing Modern Music Festival, New York's Alice Tully Hall and Weill Recital Hall at Carnegie Hall, the Tanglewood Music Theater, the Kennedy Center and Library of Congress in Washington, DC, the Theatre des Champs - in Paris and Maeda Hall in Tokyo. The Quartet has been presented on major radio stations such as National Public Radio's Performance Today, Boston's WGBH, New York's WQXR and WNYC, and on Canada's CBC Radio and Radio France.

When school officials talk about keeping students safe, you might imagine metal detectors and live shooter drills. Or maybe you think of keeping lead out of school drinking water. Both are national problems that have flared in Oregon.

The cost of fighting wildfires in Oregon reached an all-time high $514.6 million in 2018, according to data from Northwest Interagency Coordination Center.

California continues to pass laws--like the recent net neutrality bill--that challenge the rest of the nation to keep up.  With a huge chunk of the country's population, the state is in a position to lead.

So it could be highly influential in healthcare legislation.  Should the state stick with the battered Affordable Care Act, or could it set up a single-payer system of its own?

These are questions Richard Scheffler mulls; he is a healthcare economist at the University of California-Berkeley.

For 25 years now, people enthusiastic about keeping birds on the planet have celebrated World Migratory Bird Day.  One teensy little problem: birds don't all migrate at the same time, so the day has been observed on different dates in different parts of the world.

So many organizations just observe the Year of the Bird.  Klamath Bird Observatory in Ashland works to protect birds and educate people about them.

The Storm That Blew Oregon Away

Weather forecasting was not very sophisticated in 1962, and Western Oregon paid a price for that lack.

The Columbus Day storm blew onshore with winds in excess of 100 miles an hour, toppling buildings and trees and more.

Dozens of people died in the storm, described in John Dodge's new book A Deadly Wind.  The book is from Oregon State University Press; OSU itself sustained heavy damage in the storm.

Congress Works On Earthquake Preparedness Ahead Of Potential Disaster

If any bipartisanship still exists in Congress, it’s on earthquake preparedness. A bill that aims to reduce risks to life and property has cleared the U.S. Senate.  KLCC's Brian Bull reports.

UPDATE (Oct. 9, 1:35 p.m. PT) — Both Portland State University police officers who shot and killed an African-American man in June say they fired after they saw the man point a gun at them, according to grand jury transcripts released by the Multnomah County District Attorney's Office on Tuesday.

The transcripts reveal for the first time the officers' perspective of the moments leading up to the death of 45-year-old Jason Washington on June 29 outside the Cheerful Tortoise Bar in downtown Portland.

Why Many Northwest Animals And Plants Need Wildfire

We’ve been taught that thick forests have always blanketed the Northwest — that our natural state is one of verdant green old growth. The idea goes that if we want to protect creatures like the spotted owl, we need to keep forests unchanged at all costs.

But what if that’s wrong?

What if varying levels of regular fire and patchwork forests are the natural state of things — one that native plants and animals need to flourish?

Our News & Information service in Klamath Falls is currently down. Our engineer will diagnose the issue and restore service as soon as possible.

In the meantime, you can hear any of our three services using the Listen Live feature at the top of the page.

Thanks for your patience!

Your word of the day is 'torrefaction.' First-of-its kind plant to open in eastern Oregon

Construction begins soon in eastern Oregon for the first commercial-scale "torrefaction" facility in the country. If you don't know what that word means, you're in good company.

But the process itself isn't all that exotic. 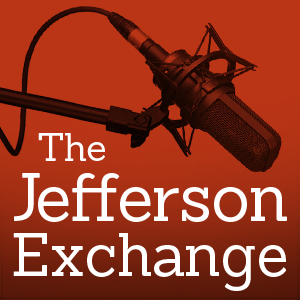 The Jefferson Exchange
JPR's live interactive program devoted to current events and news makers from around the region and beyond. Participate at: 800-838-3760 or email JX@jeffnet.org.   …

Regional Coverage
Of The 2018 Fire Season

Got A New Smart Speaker?

For The Pacific Northwest