Alan Hawes hopes his photos of health care workers and COVID patients will show the toll of this pandemic — and persuade the unvaccinated to get their COVID shots.

Alan Hawes pulls up images on his computer that are raw and intimate, like the anguished eyes of a 72-year-old man in a hospital bed, trapped behind a mask.

"He was extremely scared, and I think that comes across in the photo," says Hawes.

A photojournalist for nearly two decades, Hawes, 57, is used to taking pictures of people when they're most vulnerable.

Now he works as a registered nurse at the Medical University of South Carolina in Charleston, and the man in the picture was a patient.

Neither does Hawes. That's why he got the idea to start photographing his daily experiences with health-care workers and COVID patients in the critical care unit.

"If the public was more educated and could see what was going on and feel some of those emotions that I hope my photos show, I felt like it would make a bigger difference," says Hawes, whose photographs have been published by the Chicago Tribune, Sports Illustrated and the Associated Press.

Hawes especially hopes the images can change the minds of the unvaccinated. To the frustration of health-care workers, most new patients turning up at his hospital's emergency room have not been vaccinated, he says. And as the nation braces for another deadly wave due to the omicron variant, he expects the number of people seriously ill with COVID to go up.

With the permission of hospital officials, health-care workers and COVID patients, Hawes began taking photos on his own time. Many of the images are showcased on the hospital's Facebook page and have been featured in local news.

Those images include a respiratory therapist peering through the blinds from inside a patient's window. She is trying to get another health-care worker's attention. She needs help to care for the patient but can't leave the room because she is in full protective gear. Dawes says he took this shot because "it just kind of shows how isolated we are when we're in those rooms."

Another is a close-up of a prayer cloth sealed in a plastic bag marked "do not throw away," attached to an IV pole. The cloth was made by a family member to provide comfort and spiritual strength to their mother, a COVID patient. The woman died in October.

Another photo captures a nurse crying after calling a patient's wife, urging her to come quickly because her husband is dying.

These are images fellow nurse Sarah Bucko, 40, knows all too well.

"I look at these pictures and I can tell you their names. I can tell you whether they lived or died, and how my coworkers were feeling that day," she says.

Bucko has worked at the hospital for nearly 20 years. She says she loves caring for people. But like millions of health-care workers across the country, she is exhausted — physically, mentally and emotionally.

Even after she's helped save a loved one's life, she says, some family members have told her they're still not sure they'll get vaccinated – and that the coronavirus is a hoax.

"I've been told by patients' families [who can't come to visit] that we are making this up to drum up business at the hospital," says Bucko.

"If anything," she adds, "I think these pictures show this is real."

But there are some people who have changed their minds about the COVID vaccine and have allowed Hawes to document their stories.

Steven Murray is one such patient.

Murray, who was not vaccinated, believed he could fight off COVID like the flu when he reluctantly went to the emergency room just before Labor Day.

Hawes photographed him sitting in a chair with tubes up his nose.

But within an hour of being admitted, Murray says doctors told him he would likely not leave the hospital alive if he didn't get intubated — inserting a tube into the trachea to maintain an airway.

Stubbornly, he refused and now admits he was scared he would die if put on a ventilator.

When health care staffers asked he'd decided against getting vaccinated, Murray says he told them, "because I'm a dumbass."

Murray says he bought into what he calls the misinformation and politics surrounding the pandemic. He goes out of his way to share his story whenever he can and "when I tell them, I'm like please, please, please get the vaccine. If you haven't gotten it, please."

"We need to give these people a break because eventually they are going to break," says Murray.

Hawes doesn't know how people will react to his photos, but he hopes the images will be educational.

"The more people see, the more they understand, and the better decisions people make," says Hawes.

"That's what journalism is about." 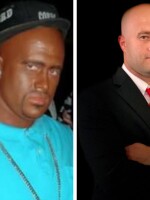 Victoria Hansen
Victoria Hansen is our Lowcountry connection covering the Charleston community, a city she knows well. She grew up in newspaper newsrooms and has worked as a broadcast journalist for more than 20 years. Her first reporting job brought her to Charleston where she covered local and national stories like the Susan Smith murder trial and the arrival of the Citadel’s first female cadet.