For The 'Nickel Boys,' Life Isn't Worth 5 Cents

The long string of horrors that took place at the Arthur G. Dozier School for Boys wasn't a secret, but it might as well have been. Former students of the Florida reform school had spoken out for years about the brutal beatings that they endured at the hands of sadistic employees, but it wasn't until 2012, when University of South Florida anthropologists began to uncover unmarked graves on the school's campus, that the world began to care.

The discoveries weren't news to the "White House Boys," a group of men who say they survived brutal assaults by Dozier staffers in a school building known as the White House. The men had raised the alarm for years, but their testimonies were essentially shrugged off. As Colson Whitehead writes in his stunning new novel, inspired by the revelations about the Dozier School, "Plenty of boys had talked of the secret graveyard before, but as it had ever been ... no one believed them until someone else said it."

In Whitehead's novel, set in the early 1960s, the reformatory in question is called the Nickel Academy, named after a former leader of the school, although some students say it's really "because their lives weren't worth five cents." The novel follows Elwood Curtis, a young man whose dreams of going to college are dashed when he's sentenced to do time at the school.

Elwood isn't in need of reform. Abandoned by his parents at a young age and raised by his grandmother, the young man is scrupulously honest; his great loves are reading and education. Forbidden from listening to popular music by his religious grandmother, he wears out the grooves on a record by Martin Luther King Jr., which stokes his interest in the civil rights movement. Elwood is "as good as anyone"; he "bent to a code — Dr. King gave that code shape, articulation, and meaning."

When Elwood gets the chance to take college classes as a high school student, he jumps at it. But his life is upended when he hitches a ride to his first class with the driver of what turns out to be a stolen car — African Americans weren't afforded the presumption of innocence in a region still hanging on to Jim Crow, so Elwood is forced to spend the rest of his days as a juvenile at the Nickel Academy.

At the school, Elwood befriends a young man named Turner, who's harder and more cynical than his new friend. It doesn't take Elwood long to realize that his original plan to survive Nickel — "he just had to keep doing what he'd always done: act right" — is doomed to failure. After Elwood tries to break up a fight among students, staffers take him, in the middle of the night, to the school's de factotorture chamber: "The white boys bruised differently than the black boys and called it the Ice Cream Factory because you came out with bruises of every color. The black boys called it the White House because that was its official name and it fit and didn't need to be embellished." The savage beating Elwood endures "had him scarred all over, not just his legs," Whitehead writes. "It had weeviled deep into his personality."

Whitehead's description of the brutalities that Elwood and his schoolmates are subjected to are necessarily shocking, and as painful as it is to read about the violence against children, it's somehow even more sickening to read what it does to the young men's psyches. Whitehead writes about the cruelties inflicted by the school's staff with a calm matter-of-factness that actually amplifies the horror; the understated beauty of his writing, combined with the disquieting subject matter, creates a kind of dissonance that chills the reader.

'The Nickel Boys' is a beautiful, wrenching act of witness, a painful remembrance of an 'infinite brotherhood of broken boys.'

Whitehead has long had a gift for crafting unforgettable characters, and Elwood proves to be one of his best. The young man aspires to take part in the civil rights movement, and certainly knows about the realities of American racism, but is just naïve enough to think that if he behaves and works hard, he'll be spared the worst of the violence at Nickel. (The violence at Nickel isn't just limited to African Americans, but that's cold comfort for the school's black students: "The white boys didn't get it as bad as the black boys," Whitehead writes, "but they were not in Nickel because the world cared overmuch.")

The Nickel Boysends with alternating chapters, some chronicling Elwood's last days at the school and some set in the years after his departure. "That's what the school did to a boy," Whitehead writes. "It didn't stop when you got out. Bend you all kind of ways until you were unfit for straight life, good and twisted by the time you left." The final pages of the book are a heartbreaking distillation of the story that preceded them; it's a perfect ending to a perfect novel. The Nickel Boys is a beautiful, wrenching act of witness, a painful remembrance of an "infinite brotherhood of broken boys," and it proves beyond a shadow of a doubt that Whitehead is one of the most gifted novelists in America today. 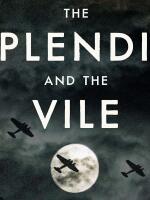 Michael Schaub
Michael Schaub is a writer, book critic and regular contributor to NPR Books. His work has appeared in The Washington Post, The San Francisco Chronicle, The Portland Mercury and The Austin Chronicle, among other publications. He lives in Austin, Texas.
Your support is vital to JPR's ability to cover regional issues, and bring you fact-based news.
Contribute Now