Black Thought Sets Out On His Own

Black Thought has been a guiding force for The Roots since he co-founded the group with Questlove back in high school. The Philadelphia innovators have found success through many different avenues, and for almost a decade now have served as the house band for Jimmy Fallon's incarnations of Late Night and The Tonight Show. But in all those years as a revered lyricist, Black Thought hasn't really taken on a big project without The Roots — until now.

On Streams Of Thought: Vol 1, the debut solo release from the the self-described elder statesman, Black Thought chronicles his life. Produced by 9th Wonder and The Soul Council, the five-track EP is out now, and is the first in what he says will be a regular series of projects.

"I feel like I've been around for such a long time, as a writer and as an artist, that I need to sort of speak to the way that my perception of the world has sort of changed," the rapper tells NPR's Audie Cornish. "The Roots, we signed our first record deal when I was about 19 years old, so I'm a very different person than I was then."

Always the higher thinker, Black Thought is just as likely to name-check Dostoyevsky as he is his hometown of Philly in his work. That's evident on songs like "Twofifteen" and "Thank You," as he touches on topics ranging from ghostwriting to a tough childhood. According to the rapper, fans will hear a sense of vulnerability in his rhymes that they've never heard before.

"I think the true artist — musician, dancer, writer, actor — a true artist is able to sort of articulate pain and tragedy, in a way that sort of expresses what the listener or the beholder may have been feeling but was less able to communicate."

Black Thought'sStreams Of Thought: Vol 1 is available now. Listen to the full interview at the audio link.

Audie Cornish
Over two decades of journalism, Audie Cornish has become a recognized and trusted voice on the airwaves as co-host of NPR's flagship news program, All Things Considered. 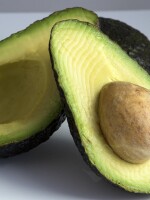 Melissa Gray
Melissa Gray is a senior producer for All Things Considered.
Your support is vital to JPR's ability to cover regional issues, and bring you fact-based news.
Contribute Now