An elite group of movie lovers in the Saudi capital Riyadh got a special treat on Wednesday — a screening of the Hollywood blockbuster Black Panther. The invitation-only event marked the lifting of a ban on cinemas that's lasted more than three decades. It also heralds a new era for Saudi filmmakers, who for years have faced harassment from Saudi authorities for pursuing a profession considered haram, or forbidden, in the ultra-conservative kingdom.

One of those filmmakers is 30-year-old Abdulrahman Khawj, the founder of Cinepoetics Production Company in the western port city of Jeddah. The rooms in his studio — a transformed apartment — are bright and cluttered with film posters. He's named the rooms in a nod to film legends: in one corner is the Charlie Kaufman writing room; in another, there's the Thelma Schoonmaker editing lab.

Khawj has several projects in the works, including a movie called Eight Other People, about a group of siblings who discover on the night before the Eid holiday that their father has a second wife. Lifting the decades-old ban on cinemas gives him hope that one of his films will finally be shown in Saudi Arabia.

"For me, it's fantastic," he says. "I no longer want to flee the country and go to New York. Here we're doing something very new."

Khawj says it will be much easier now to get permits to shoot feature-length movies. "They permit people to shoot stuff for YouTube, for TV, but not movies," he says. "So we were the first to get a permit to shoot a feature film in 2016. That's what they told us in the ministry."

And there will be less chance of being harassed by religious police angry over males and females on set in this highly segregated country. "If a police officer pulls up and you're shooting a film," Khawj says, "film kind of used to have a negative connotation."

It's always been particularly nerve-wracking auditioning females for movie roles. Khawj has had to deal with angry fathers and brothers and was once hauled into the police, accused of solicitation.

"I walked out of there and sat in my car and almost cried," he recalls, "because what we do is already hard as it is and then having all this pressure and having every little move you do criminalized."

Hard-line clerics banned Saudi cinemas in the early 1980s, after the government took an ultra-conservative turn following a 1979 siege of the Grand Mosque in Mecca by Saudi religious extremists. Allowing movie theaters to operate again is part of a drive by Saudi Crown Prince Mohammed bin Salman to modernize the country. That drive includes allowing women to drive and creating more business opportunities and jobs, especially for young people. Most Saudis are under 30 years old.

Khawj says Saudis love entertainment and have flocked to neighboring Dubai or Bahrain for concerts or movies. Lifting the prohibition on cinemas could encourage Saudis to spend their money at home. The government wants to open some 350 theaters by 2030, and hopes to turn Saudi Arabia into a regional hub for movie-making.

The government may say now that it's all right to make commercial movies, but it's still a tough business — especially for female filmmakers.

On a weekend earlier this month, a crew including a female director, producers and assistant directors was shooting a short film on the roof of a Jeddah apartment building. The large umbrellas set up to control the lighting and provide shade did little to keep the 95-degree heat and dust at bay.

Reem Almodian, 22, is a regular member of the crew on film shoots. Petite and fine-boned, and wearing an abaya and dark blue headscarf, Almodian says her dream was to perform on Broadway or in front of a camera.

"I really wanted to be an actress, but it's kind of something I cannot actually talk to my parents about," she says. Her parents ordered her to cover her face if she wanted to appear onscreen.

She decided to go behind the camera instead and enrolled in Saudi Arabia's only film school, at Jeddah's all-female Effat University. This did little to reassure her family, which doesn't see filmmaking as a good career choice and disapproves of her mixing with men on set.

"They don't like it," she says. "But they know that it's my dream and it's a thing that I want to follow. So they're supporting me on that side, but they actually don't like it."

Despite the cinema ban, Saudis have come up with plenty of ways to watch movies. There are private showings in homes, there's HBO and Netflix, and short films on YouTube are hugely popular, as are TV serials.

But Mohammed Makki, the creator of a popular YouTube series called Takki, about young Saudi men and women, believes lifting the ban on theaters is important. His lifelong dream has been to make full-length feature films and he wants Saudis to be able to see films from their own country.

"I'm sure there are Egyptian cinema or American cinema — they're going to come in and show their films here. We can have a small fear that they might take over if we don't go with our own films," he says.

Makki says while Saudi filmmakers may lack the technical expertise of their Hollywood counterparts, they can tap into a rich vein of Saudi stories that haven't been told for decades.

"The hijab thing between the father and daughter, the small little problems, and the mindsets of everyone here are different. We never had women driving — now a woman is going to drive — that's an interesting story," he says.

"We are the people who live here," he says. "They don't know us as much as we know each other. That's our advantage point."

Filmmaker Khawj says he's not sure Saudis are ready to see themselves on film.

"For a long time, we have never looked at ourselves in the mirror and said, 'Oh, so we need to work on that,' for example, or 'that's a problem' — because when you look in the mirror, you see your faults," he says. "And we are obsessed with being portrayed in a positive image."

Saudi Arabia remains an ultra-conservative kingdom with an absolute monarchy that keeps tight control over expression. All movies shown in the kingdom's cinemas will be subject to censorship. There will be obvious red lines — no nudity or criticism of the political and religious establishment.

But the government's censor told NPR everything else remains unclear.

Redha Mohammed Alhaidar, whose official title is president of the General Commission for Audiovisual Media, says he's having trouble coming up with rules, given the rapid changes taking place in the country.

"I didn't think it was going to be that challenging because there are certain details that I used to take for granted," he says. "But now they would send me a scene for a cultural dance, for example, where they have to say, is that OK or is it not? My answer would be I don't know."

Alhaider says his commission is trying to establish guidelines about what is acceptable to include in movies shown in cinemas.

"A certain scene could be viewed as normal for one individual, but for another individual, it's not appropriate," Alhaidar says. They'll have to come to an understanding, he believes, "where the majority of people at least agree that this is acceptable for most of the people."

Jackie Northam
Jackie Northam is NPR's International Affairs Correspondent. She is a veteran journalist who has spent three decades reporting on conflict, geopolitics, and life across the globe - from the mountains of Afghanistan and the desert sands of Saudi Arabia, to the gritty prison camp at Guantanamo Bay and the pristine beauty of the Arctic. 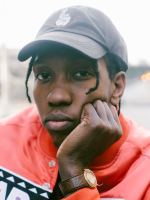 Fatma Tanis
Your support is vital to JPR's ability to cover regional issues, and bring you fact-based news.
Contribute Now