A Denver jury found fully in pop singer Taylor Swift's favor Monday, delivering a unanimous verdict in a trial over whether she was groped by a former radio host during a Denver meet-and-greet. Wanting the trial to serve as an "example to other women," the star had sought a single dollar in damages, which she was granted.

In his closing statements, Swift's lawyer Douglas Baldridge referenced the example that Swift hoped her suit could be for others in similar situations "by returning a verdict on Ms. Swift's counterclaim for a single dollar — a single symbolic dollar, the value of which is immeasurable to all women in this situation."

In his own closing arguments, David Mueller's attorney Gabriel McFarland wondered why his client would introduce himself by name and then almost immediately after, reach under the skirt of "one of the planet's, one of the country's, biggest superstars?"

The case was largely fought on the credibility of Swift and Mueller.

Late this past Friday, a federal judge threw out part of the case brought against Swift by Mueller, saying he had not proved Swift had set out to get him fired.

Swift countersued Mueller for sexual assault after his own suit was filed in 2015, leading to the Denver trial, which began jury selection last Monday. Swift initially had sought to keep the incident quiet.

By Friday, most of the principals in the case had been heard from — most notably Swift herself, who had several sharp rejoinders to questions from Mueller's attorney. Asked about Mueller's firing, Swift responded: "I am not going to allow your client to make me feel like it is any way my fault, because it isn't." 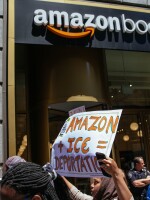 Andrew Flanagan
Your support is vital to JPR's ability to cover regional issues, and bring you fact-based news.
Contribute Now