A Look At Sports And Health In America

Americans love sports — watching them and playing them.

But as participants, Americans' relationship with sports changes as we grow older. About three-quarters of adults say they played sports when they were younger. By the time people are in their late 20s, however, only 26 percent say they've played sports in the past year.

Those are just two of the findings from the latest poll by NPR, the Robert Wood Johnson Foundation and the Harvard T.H. Chan School of Public Health that takes a look at sports and health in America.

The nationwide poll, conducted from late January through early March, gathered responses from more than 2,500 adults contacted by landline telephone and by cellphone. The margin for error is plus or minus 2.7 percentage points.

When asked the sport they play most often, adults reported playing more than 50 different sports, ranging from hockey and fishing to martial arts and bowling. Overall, the favorites (in order) were: golf, basketball, baseball/softball, soccer and running/track.

The favorites varied by age and gender.

Men under 50 played basketball and soccer the most. For those 50 and up, golf was No. 1. Volleyball was popular with women younger than 50. Walking was a winner for women 50 and older.

The top reasons adults say they play sports are for personal enjoyment (they're fun!) and health, such as staying in shape or losing weight. When it comes to exercise, the workout seems like work. Only 17 percent of people said they exercised mainly for enjoyment or personal satisfaction. Nearly three-quarters — 71 percent — said they exercised for health-related reasons.

What do people say they get out of sports and exercise? Less stress and better mental health are high on the list. Improved physical health is another commonly reported benefit.

What about the important reasons cited by people who don't engage in sports? Half say they refrain for a health-related issue, such as old age or a problem other than an injury. Almost half say they don't have the time, money or opportunity.

You can find a full report on the poll and its findings here.

Our Sports and Health series continues over the summer, based on the results of our poll with the and the .

Scott Hensley
Scott Hensley edits stories about health, biomedical research and pharmaceuticals for NPR's Science desk. During the COVID-19 pandemic, he has led the desk's reporting on the development of vaccines against the coronavirus. 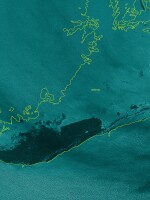 Alyson Hurt
Your support is vital to JPR's ability to cover regional issues, and bring you fact-based news.
Contribute Now